My story starts with bicycles and the game of monopoly.  Growing up north of Toronto, these two childhood passions afforded me the freedom, autonomy and ability to learn how to get around independently, learn the art of business and learn from new & different experiences.  I was also obsessed by speed & efficiency – always looking for faster & better ways to get stuff done.  That’s how I became one of the first kids in school to buy a PC (1989).  I was so fascinated by its powerfully efficient ways that I had one built & sold it to a classmate.  Ugh, Michael Dell was really onto something!

Fast forward a few years to the start of my professional career working for a top 5 Canadian bank where I was promoted 8 times in 10 years, building on new & different experiences.  From being the youngest ever Service Manager running a 13-person team & $100M book of business (1997) to developing one of the first mobile payment applications (2000), to rolling out one of the largest corporate ATM deals with Shell Canada (2004).  Technology, partnerships, speed of execution and client ease of business were always at the heart of business-building.  After I was done with the financial services industry, I focused my attention on the technology distribution industry (2005) – from overseeing a $300M networking technology portfolio to starting up a mobility division and growing it from zero to $100M revenue in 3 years (2008).  I was recruited by a small fix-me-upper competitor (2011) where I doubled down early on the cybersecurity trend and grew the business from $40M to $100M with 10x EBITDA growth before exiting to spend some time with early stage technology companies (2020).  All of this with the strong desire to learn, grow, build great cultures and apply new skills in a rapidly evolving environment where mature industries desperately need tech-savvy leadership to capitalize on the market shifts we see today.

Active member of CEO Global Network - learning from smart & talented business owners and entrepreneurs. A lifetime student of business supported by a personal CEO coach that raises the bar on performance & accountability. 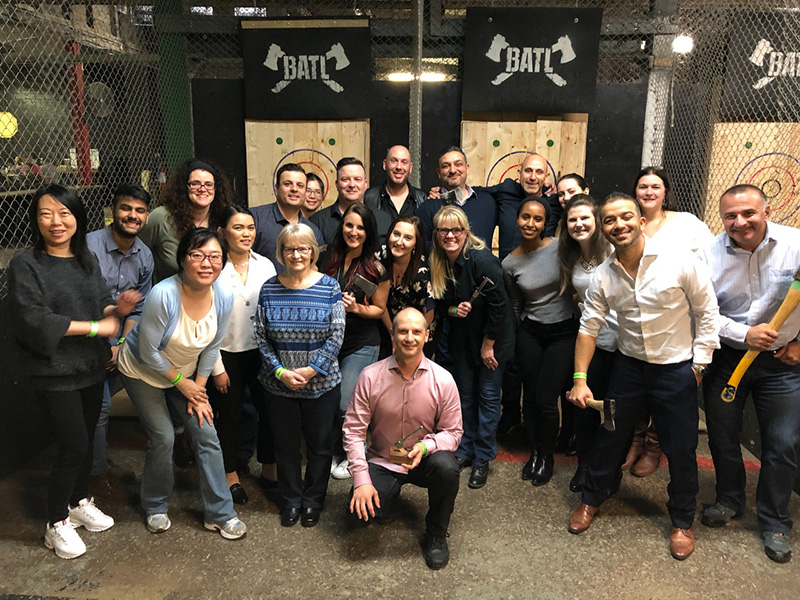 "Creative, profitable and trustworthy leadership...During Mr. Joe Graci’s years as the President at Interwork Technologies, he completely transformed the operations, systems and most importantly the corporate culture of the company. I personally had a front row seat, as a vendor partner, to observe curiously this transformation. Mr. Graci’s handiwork took Interwork Technologies from “The little engine that could” to “ The little engine that did”. Joe’s new Interwork organization gave them the strength to compete at the highest levels with the largest of the industry’s go-to-market distribution companies. Competing at these levels, with a fraction of the budget available, demonstrated clearly how Joe’s innovative approach paid off handsomely. While this successful transformation certainly turned heads inside the industry, it was Joe’s day to day business clarity and transparency which provided the framework for my personal interaction with Joe and his team. With the new Interwork Technologies fully operational, we were able to provide customers with innovative security solutions and meaningful business agreement which were both profitable and easy to implement. Of particular mention was the very high level of trust which we shared. This mutual trust allowed us to seamlessly execute the predictable rhythm of our business transactions as well as navigate tough situations which inevitable occur. There is no substitute for high levels of trust. If you find yourself in the position to do business with Mr. Graci, do it. It's an investment with high returns."

Gil MoralesDirector, Distribution Channels @ Trend Micro
"I had the pleasure of working under Joe Graci for 9 years at Interwork Technologies. Joe was a steady leader for the organization, always seeing the big picture and always working to define the next big idea. Joe places great emphasis on developing meaningful relationships with his business partners. A phrase he used often, “The Interwork employee is a connector”, still resonates with me. Practicing that philosophy helped enable me to develop and maintain countless long term relationships in my business." Joe was instrumental in developing a great culture at Interwork; one of teamwork, selflessness, and innovation. He empowered his employees to be resourceful to complete a project or task, and never hesitated to step in to solve a problem. Over the years, we saw process and resource improvements that helped the business become much more efficient. Joe also had a consistent practice of going out of his way to ensure his employees’ contributions were recognized. He made sure to individually thank his team members for a significant sales achievement, a process improvement, or an end to a successful quarter. His genuine effort made for a better employee, and ultimately, a stronger company. 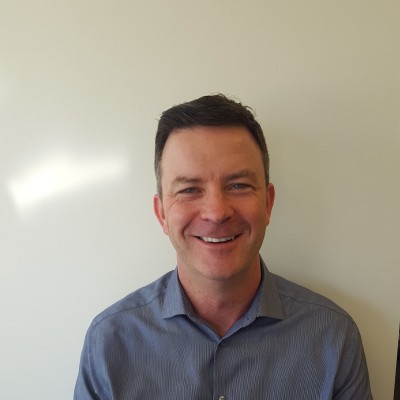 Chris HoveyAccount Executive
"As a technology partner working with Joe/Interwork for over 5 years, I much appreciated Joe’s management style, his hand-on approach, his team’s attention to details and his extreme focus on consistent executive engagement. He always ensured that our teams were completely aligned to support our business objectives, our high growth strategies and always maintained an excellent high level of service levels for our clients. It was always a pleasure working with Joe."

Maxx PietteRegional Director, SUSE
"I have worked closely with Joe Graci for the last four years as his CEO Coach. Joe has been a role model for other members of our CEO Global Network executive peer group. Joe has excellent business acumen, is a terrific leader, and is a life long learner who strives to get better every day. He seeks to learn from others and is generous in sharing his time and thoughts with our members."

Ron BaughCEO Coach & Peer Group Leader
"I first met Joe through CEO Global Network at one of the speaker events where he attended with his leadership team. What I saw was an extremely motivated leadership team that enjoyed their jobs and working with each other. Subsequently, I became his executive coach from 2017-2018. Working with Joe close up had given me a real insight into Joe’s strengths as a CEO – from planning and strategy to execution, from understanding and motivating people to organizational design. He is open to criticism and feedback and strong enough to forge his own path. On a personal and business level Joe is high integrity, high principle and is a wonderful role model for his hard work and ability to set priorities in his life and keep those priorities. I have to mention Joe is one of the leaders in the Group that is willing to put his vulnerability on the table for ideas and advice from the rest of the group. His suggestions are welcomed in return when others bring out their issues or concerns. Joe has consistently increased sales and profitability of the company and this growth was recognized by a number of external awards & recognition."

Harald HenzeCEO Coach
"Joe has been a fantastic advisor to the Optimy team over the past year. He is quick to respond, always makes himself available when requested and acts in very high integrity. He has added a mature & strategic voice to our board meetings and has made some key introductions that have added a lot of value to our company. We are grateful for everything that Joe has done to help us and would recommend him to any other company looking for a thoughtful, strategic and well connected advisor."

Josh SingerCEO, Kognitive & Optimy.AI
"Joe encompasses the true definition of a leader. Working for Joe for almost 7 years I have to say that I have yet to see another leader live up to the same values he has. His transparency in his work as well as his teaching and promotion of his team is something that I was able to see first hand. Joe was never one to take credit for his own hard work but instead turned it onto his team for their efforts. As a result of being under Joe's leadership, I have been propelled to be a top producer and expert in my field. Joe's integrity, honesty, and character are reflected in everything he does."

Maggie SzczygielskiChannel Sales Manager
"Joe has had a significant positive impact as an Advisor to CyberLucent, coupling a big picture strategic view with a highly ethical approach to doing business. He is well connected and builds strong long-term relationships. We really value the positive impact Joe has had on our company’s growth in Canada. Joe is just a superb senior executive leader."

Stephen MacEwanCEO, Cyberlucent
"I had the privilege of working with Joe for his last three years at Interwork. He is so even-keeled and is the finest of leaders. Joe took the time to clearly articulate how we could help him. Our staff had only good things to say about working with Joe and his team. He sought results but was eminently fair in how he worked with his people. He proved his business acumen by growing Interwork into a very attractive acquisition target. Congratulations on your successes Joe!"

Jeff ChorltonCEO, FlexServ
"I have known Joe Graci as his business coach and executive mentor for over 5 years. Joe possesses a much sought-after ability to manage the 'big picture' while also continuing to pay attention to the myriad of details that generate strong results on both the top and bottom lines. Always ready to make the difficult decisions, Joe is a business builder who understands the need for prioritization and focus. In addition, Joe is an enthusiastic executive who really gets the difference between ‘leading’ and ‘managing’."

Paul TichauerCEO Coach
"As Vice President of North American Sales of Interwork Technologies, I have had the privilege and pleasure of working under Joe Graci’s leadership for nine years. Joe is a high-performing, influential and impactful President who always seemed to steer Interwork to next-level achievements year over year. When Joe first took over the President role, he inherited the responsibility to turn around a company that was going through a rough patch with revenue growth, employee morale and operational efficiencies. With his leadership, he built a highly engaged workforce through restructuring/aligning business units, developed a purpose-driven culture, executed numerous system enhancements to create efficiencies and had the foresight to pivot our business to focus on Cybersecurity. That decision to shift our business resulted in nine years of consistent revenue growth, taking Interwork from $40M to $100M. Joe is one of those rare individuals who can quickly analyze situations, recognize issues and execute successful solutions to capitalize on market opportunities. His integrity, passion, empathy and mentorship has inspired his employees to be the best version of themselves." 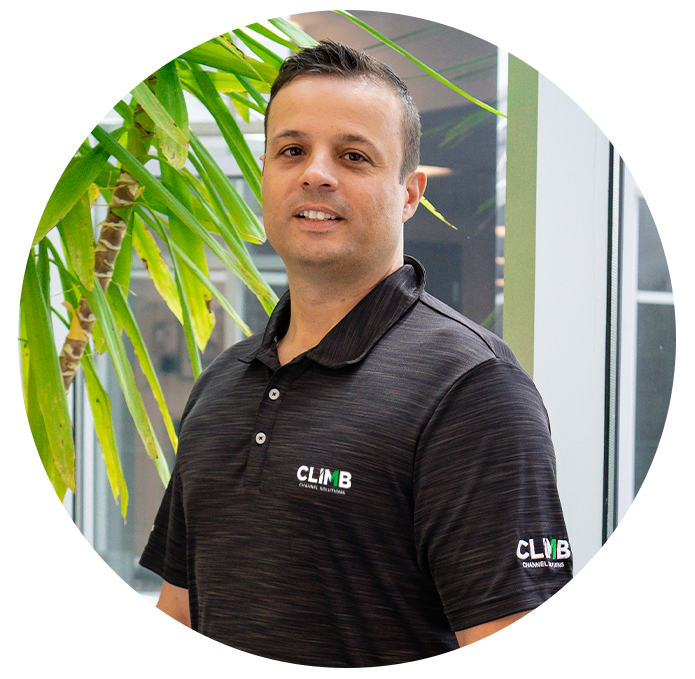 Carlos RodriguesVP, N.A Sales
"Towerwall was a customer of Interwork/Joe for over 20 years and we consistently received "extra mile" service and fast support. You could really see the service culture shine through at all touchpoints of the organization. Joe and his team were always there if Towerwall needed anything from technology support, sales support and escalations. Miss working with you Joe!"

Michelle DroletCEO, Towerwall
"I worked closely with Joe for 2 years when my PE Fund purchased Interwork Technologies in 2018. Throughout the due diligence process and beyond, Joe demonstrated to be a thoughtful leader who consistently delivered financial results that met or exceeded plan. Beyond the numbers, Joe built a highly robust and technology-driven operation supported by an exceptional service culture. Joe was driven to build the business by establishing new business partnerships, capitalizing on market shifts, and executing the company's vision & mission with precision. Joe remains a friend of ours at FirePower and is admired for his professionalism, honesty and commitment he brings to everything he does." 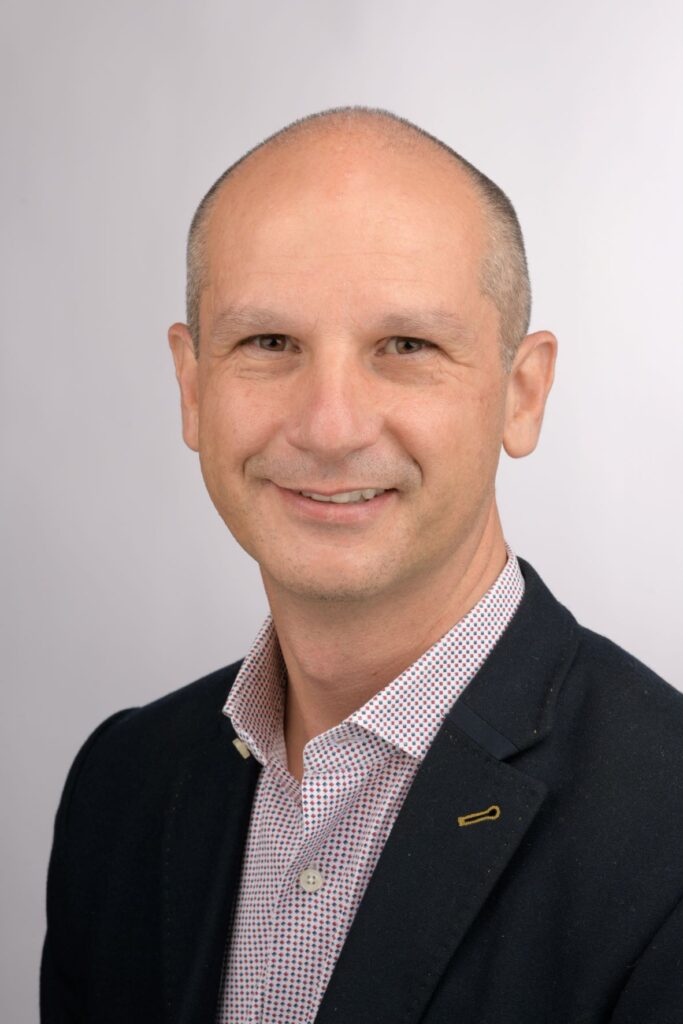