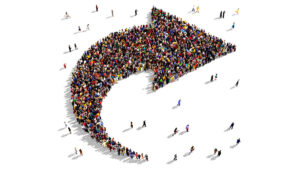 In late 2011, I was recruited from a $45B global technology distributor to lead a small, specialty North American software distributor.  I had a successful run with the global distributor after founding their Wireless & Mobility business unit and building it to a $100M operation.  However, running a company had an appeal I could not resist – it was a dream come true after leading & building business units and creating & managing great technology until this point.

Interwork Technologies was a $40M revenue operation with 26 employees and earning less than half the industry average profit margin.  Revenue was growing at low single digits.  The company was distributing software from about 20 manufacturers with no focus on any particular technology vertical with the exception of entering the hardware distribution space trying to penetrate the VoIP phone business.  Upon arrival, it quickly surfaced that company morale was very low, finger-pointing was rampant, accountability only existed with a select few (the high performers) and team camaraderie was non-existent.  Nobody on the sales team could tell me exactly how their commissions were calculated, nor bonuses for the management team – they were all based on spreadsheet formulas that only the creator understood.  On top of all this, brand recognition & identity for a 15 year old company was very low.

Having said all this there were a few foundational pieces that were working well.  Customer service was surprisingly good and the company had a few very talented, yet underdeveloped team members.  So, I rolled up my sleeves and started chipping away at making this company a world class organization.  All those years observing great leaders, reading all the books, getting my MBA, and developing a broad base of skills & experience in functional roles my whole career would finally come together – and it did.  Here’s how a summary of the steps I took in the first year to double EBITDA and get this company on the path to greatness:

1. Culture & Trust – My first order of business was to have 1:1 meetings with all employees to understand what’s working, what’s not, and where we are missing opportunities. I documented all the feedback and presented it as an actionable spreadsheet at All Hands meetings (which were inconsistent & infrequent).  Every single meeting, I brought up this spreadsheet and began with the low hanging fruit – simple system changes that can save a lot of time & tedious tasks, grievances with lack of technology & tools to do their jobs, spending time in areas that were not generating returns, etc.  I did this until most of the items were either resolved or had an explainable reason why it was not feasible or too complex/long-term to pursue at the given moment.  The point was that I needed to build trust, that their voices would be heard and that I was accountable for the quality of their work environment.  Then I set up consistent quarterly All Hands meetings to communicate our KPI’s, quarterly priorities, key updates and strategic plans.  There’s so much more I can get into regarding culture (a separate essay so to speak), but this was table-stakes.

2. People & Accountability – this is an extension of building culture, however, we had an accountability issue. The finger pointing when KPI’s were not met or when issues arose were rampant.  It became pretty clear there were several employees “fanning the flames” and feeding the gossip mill even after I came in with a completely different approach & collaborative leadership style. So, they were shown the door.  Their behavior was disruptive, distracting, and affected everyone’s morale.  We saw an instant rebound from the rest of the team and a message that was clearly delivered & received.

3. Resource & Strategic Alignment – Being a high volume, low margin business, we could not afford to have resources in places where ROE (Return on Energy) was low. We had 26 employees and almost all of them complained about the company’s lack of focus & direction.  After taking a deeper dive on the numbers (product lines, regions, resource allocation, customer profitability, etc), it was quickly evident that we were chasing any & all business with no clear “filters” on what’s good or bad business.  The company had a few product lines that were gems with solid long-term growth potential & under-funded while other product lines with sketchy potential were funded in the hope of a high return (and subsequently lower probability of success).  After careful market analysis and building on the company’s foundational strengths, we doubled down on focusing the company exclusively on the cybersecurity software business and exited the VoIP & non-core product lines.  Short-term pain but with much higher odds of a strong payoff.  Once we made this decision, which affected a few non-core employees, there was another sigh of relief across the company.  We have a strategy & direction that we believe in!

4. Compensation –Building on alignment comes compensation. As mentioned, the whole team did not have a clear & transparent view of their performance-based compensation (from the sales team right through to management).  It was based on formulas & spreadsheets that caused disputes around calculations and fairness of targets.  So I put an end to that.  I devised a sales commission plan that was clear and easily calculated by any rep at any time during the month.  Being a distributor where gross margins are critical, I created a 2-level commission model.  The first level was your commission percentage based on last years’ sales in your territory and the second level (the accelerator) was based on year-over-year growth.  The goals were two-fold: (1) Defend your existing business and (2) Get rewarded disproportionately for growth. The results were immediate.  Everyone quickly knew their numbers and how much money they could earn by growing the business.  Next, we fixed the management bonus to keep it simple based on minimum profit levels and percentage bonuses based on profit tiers tied to growth.  We grow the business, you earn accelerators.  No need to wait until the audited financial statements after year-end to learn if you will get a good bonus or a bad one.

5. Business Operations & Systems – As a distributor turning $40M in revenue with 26 employees earning half the industry profit margin, you need to have solid & scalable business processes & systems in place. Otherwise, the company would continue to add headcount at a faster pace than gross profit (which was historically the case).  While this was a multi-year endeavor, we had one strength working for us:  a solid ERP system from a local vendor that could make changes quickly.  So we embarked on a number of short-cycle, high ROI initiatives that freed up our teams from unnecessary administration and streamlined processes.  Our teams saved hundreds of hours of administration with less than 10 changes.  On top of that, we were able to eliminate a few home-grown applications with integrations into the ERP by simply asking our ERP provider to build those functions inside one system.  This resulted in fewer system issues, better data, streamlined processes, and less frustration from team members bouncing through multiple systems to get work done.  All of these changes cost less than $25k and delivered more than 5x ROI.  There’s a lot more that was done in subsequent years but the first year was critical – our people could finally believe their voices were being heard and that we cared about the quality of their work life by removing unnecessary & cumbersome processes that were costly.  There’s one thing that I promised the team to give them confidence that investing in technology would be in everyone’s best interest:  we would not lay off people as a direct result of investing in technology.  Instead, our goal was to enrich their jobs so they could focus on value-adding activities & responsibilities.  We created capacity in their jobs to allow them to invest in their own development and begin assuming other responsibilities that expanded their skills & experience (and business opportunities for the company).

5. Communication & Team Building – As mentioned previously, communication was sporadic and opportunity driven. Teambuilding was non-existent.  We didn’t have that cohesive, tightly-knit chemistry.  This was about to change, starting with the following communication & team protocols:

6. P&L Transparency – Our P&L was well constructed with one exception:  too many “catch-all” line items that bundled expenses together.  After a line-by-line review of the P&L, I advised our Controller to “unbundle” the line items, re-classify others, and create new ones for better transparency.  It provided a better lense on our cost drivers, variances, and segmentation of revenue, margins & expenses.  As a result, we found many ways to streamline costs, allocate resources to higher ROI activities, and make more insightful decisions.

By the end of Year 1, we had the foundational elements in place to build a solid, sustainable business for years to come.  Our profit doubled in the first year while our revenue grew modestly, mostly due to exiting unproductive product lines.  However, what ensued was 8 more years of record-setting growth for the company with 10x EBITDA growth and a very attractive business that was sold twice under my leadership.

Get notified of the best deals on our WordPress themes. 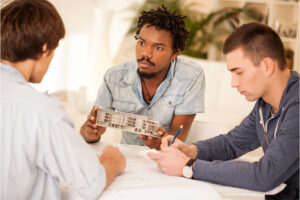 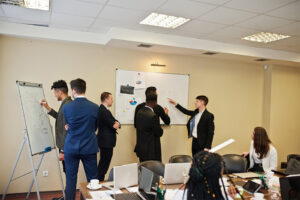 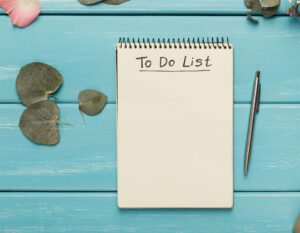 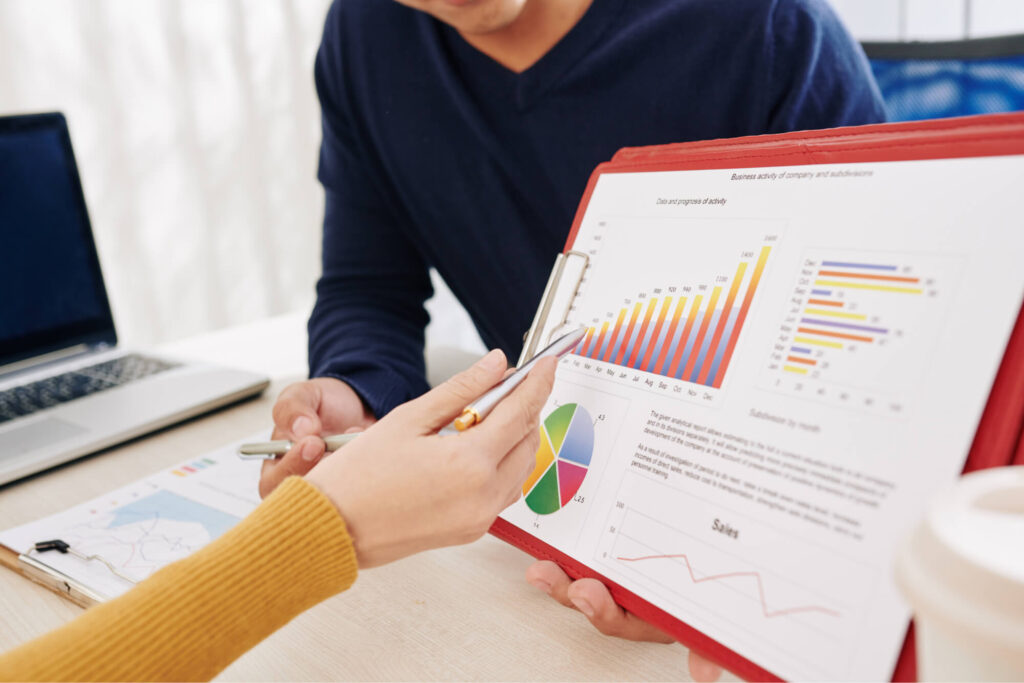 Got a Project? Let's Schedule An Appointment